About The Catholic Studies Minor 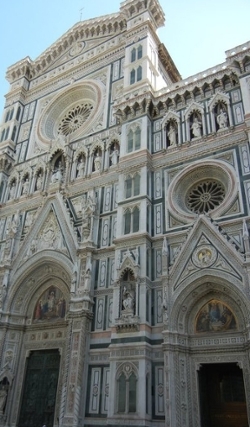 The Catholic Studies Minor or Concentration is for students who want to learn about the rich intellectual and cultural traditions of the Roman Catholic Church during the past two millenna and study their impact on western thought.

True to the Emory mission of building "on our heritage of engaging knowledge and faith," the Catholic Studies minor is an academic program, driven by the same spirit of independent, scholarly inquiry Emory faculty have brought to the study of other religions and faith traditions.

The Catholic Studies minor provides an opportunity for anyone interested in the interdisciplinary study of religion, but also for Catholic students who want to learn more about their faith in the broader context of their liberal arts education.

STRENGTHS OF THE CATHOLIC STUDIES PROGRAM

1) Emphasis on interdisciplinary programming both on the main campus and in study abroad opportunities.

3) Imparting a survey knowledge of Catholicism.  Students will be able to identify major events and figures of the Catholic tradition and their principal works.  They will distinguish the principal characteristics of major trends, periods, and movements in Catholic cultural history.

GOALS OF THE CATHOLIC STUDIES PROGRAM

1) Further collaboration with the Aquinas Center of Theology and other institutions to provide students with an overarching perspective of Catholicism in different career fields and communities.

2) Exposing students to the great tradition of Catholicism, training them as independent learners to apply the interpretive, analytical, and rhetorical skills they gain across their interdisciplinary studies.

3) Enabling students to create a community of scholarly inquiry and discussion, helping them develop an understanding of Catholicism in academics.